A joint meeting of the working group 10 and the working group 17 of the technical committee of the 57th International Electrotechnical Commission (IEC) was held in St. Petersburg on 3-7 June. It was organized by the Relay Protection and Automation of Electrical Power Systems Department of NRU MEI in cooperation with JSC “FGC UES”. “Profotech” Company acted as one of the sponsors of this event.

The working group 10 was represented by the leading specialists from 22 countries, including 13 experts from Russia.

The key competence of the group 10 of the Technical committee of the 57th IEC is the development of standards in the area of connection systems for electrical power facilities, which include requirements for functional architecture as well as general requirements for data transfer systems.

The meeting was attended by the leading equipment and solutions developers with support of IEC 618550, specialists of JSC “FGC UES” and the Relay Protection and Automation of Electrical Power Systems Department of NRU MEI.

Currently several pilot projects of digital substations on the basis of IEC 618550 are realized in Russia, including the experiment test site “Digital substation” based on JSC “STC FGC UES”, where measuring “Profotech” complex has been assembled.

Realization of similar tests will speed up the transition of electrical power facilities to modern digital standards and will play the role of catalysts for development of actively adaptable (intellectual) networks in Russia. 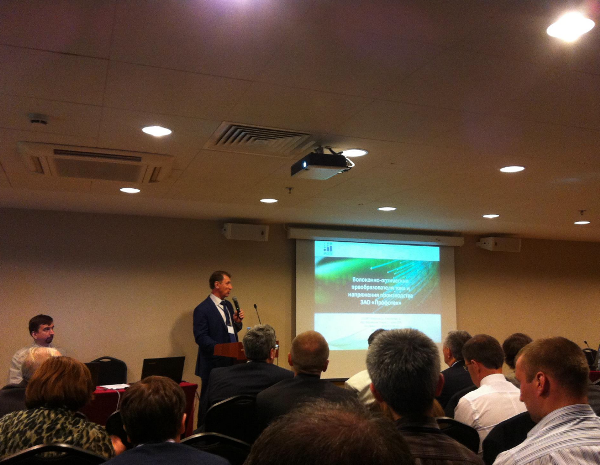